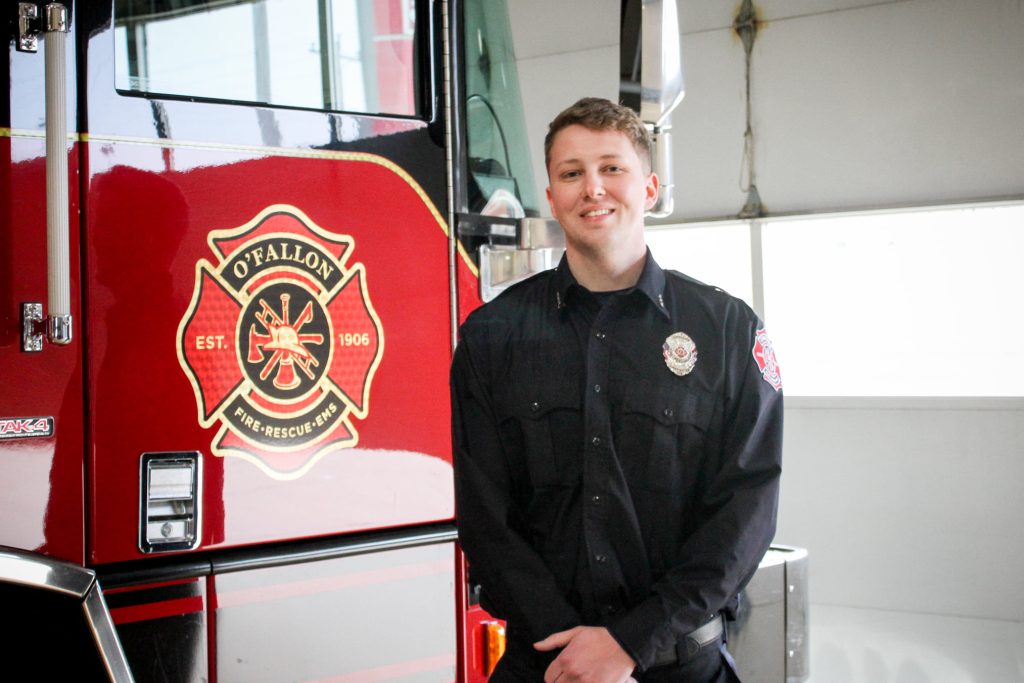 They say follow your dreams. Firefighter/paramedic Nick Woolbright did that — literally!

“I always had aspirations of becoming a firefighter since I was really young,” he says. “But I had a dream when I was about 17 years old and I was in a firetruck on the way to a fire. I don’t remember much else about the dream except I woke up and said to myself, ‘That is what I want to do.’”

Woolbright strives to make himself an asset in any emergency situation. To him, that means knowing that you might encounter someone during one of the worst moments of their life and using the skills and opportunity to change that and make it a positive day.

“I can think of several calls where doing the smallest thing for someone puts a huge smile on their face,” he explains, adding that he thinks firefighting is the best career in the world.

Woolbright says that one thing people might be surprised by is that he is originally from Las Vegas. He has lived in the District for the past 10 years. When not working, he enjoys going to the gym and lifting weights, boxing, riding bikes on trails, and reading motivational books.