With the southern portion of the district essentially “built-out,” the growth began to transition to the northern portion of the district. The population continues to increase each year but at a much slower pace than in the previous twenty years. A bond issue passed in 2011 provided funds for the purchase of equipment and the construction of facilities. Through data analysis, the district identified the need to have coverage further north of the existing Station #1. The general operating budget was not adequate to build an additional fire station and hire firefighters. In 2014, the decision was made to sell the existing Station #1/administrative facility and relocate the current Station #1 approximately 1.5 miles to the north to increase the coverage area within a five-minute response time. 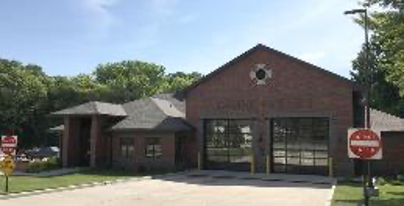 Construction on the new Station #1 was started in July 2014 and completed in January 2015. A new Rescue/Engine (9114) was purchased to replace the aging Station #1 apparatus and the Suppression staff was then relocated to the new facility. 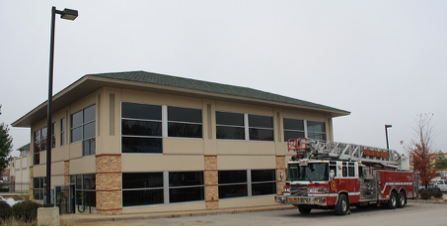 A new administration building was purchased next to Station #3 in 2014. The Administrative and Fire Prevention Divisions were relocated to the new facility on Laura K Drive in December 2014.

Due to the continued increase in calls for service and the analysis of the call type data, the Board of Directors identified the need to improve services to include Advanced Life Support (ALS) services and meet NFPA minimum manning of four personnel on each front-line apparatus. In 2016, voters overwhelmingly approved a $0.25 property tax increase to implement these services.

The total interior remodel of Station #5 was completed in 2017 to accommodate the additional firefighter/paramedic on each shift. A new Rescue/Engine was also purchased to replace the aging engine.

The additional funds from the tax increase raised the general operating budget revenue from just over $8.6 million in 2017 annually to approximately $13.2 million in 2018.

The hiring practice for the district was revised to require all applicants to be state certified Firefighter I & II, licensed at the paramedic level with Advanced Cardiac Life Support (ACLS), Pre-Hospital Trauma Life Support (PHTLS) and Pediatric Life Support (PALS) certification. Candidates are also required to successfully complete the Candidate Physical Ability Test (CPAT) prior to an employment offer.

Six firefighter/paramedics were hired in 2018, and ALS equipment and supplies were purchased. Two new firefighter/paramedics were assigned on each shift at Stations 1 and 5 (the district’s furthest north and south ends). The additional personnel brought the daily manning at these two stations to five personnel. Daily staffing increased from 17 to 19 for a total of 57 shift personnel. The minimum manning also increased from 13 to 15.

The living quarters at Station 4 were demolished. Re-construction started in 2018 to accommodate a total of six personnel. A small addition was also constructed on Station #3 to accommodate a crew of five and the shift battalion chief. Construction was completed on both facilities in early 2019.