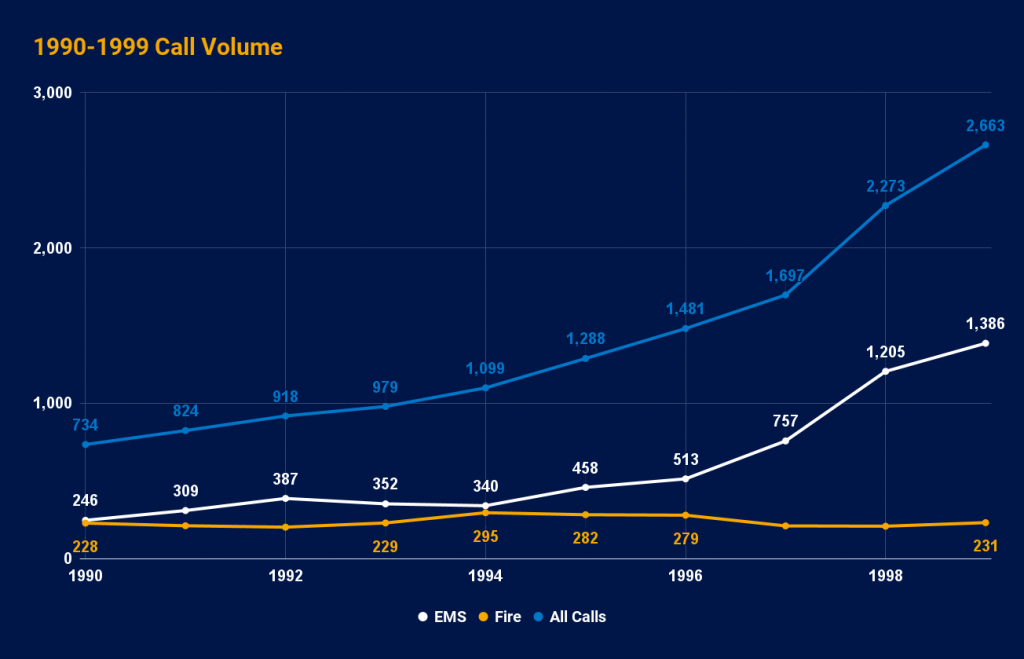 During the decade, the Board of Directors recognized the need for additional firefighters, fire stations and apparatus to maintain the high-quality service to the residents. The voters passed a $660,000 bond issue in 1990 to allow for the construction of stations and to purchase equipment. The district also promoted its first full-time fire marshal in 1990 to perform commercial and residential plan reviews and inspections.

In 1994, voters approved a 5-cent pension tax to provide retirement benefits to career personnel. The district began receiving the personal and real property tax money in 1996. 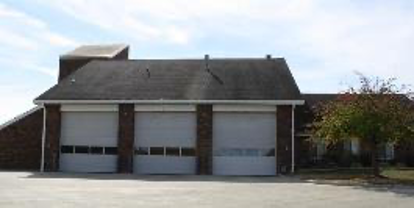 In the early 1990s, Station# 4 was constructed on Bryan Road with engine bays and a maintenance facility. In 1997, living quarters were added to the existing facility.

In 1997, Station #5 was constructed on the south side of the District on Highway N, now known as South Outer 364. An additional 12 firefighters were hired in September to staff the station, making a total of 24 personnel on shift duty 24/7. 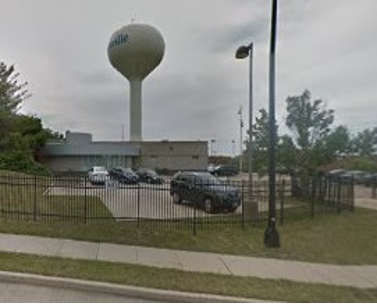