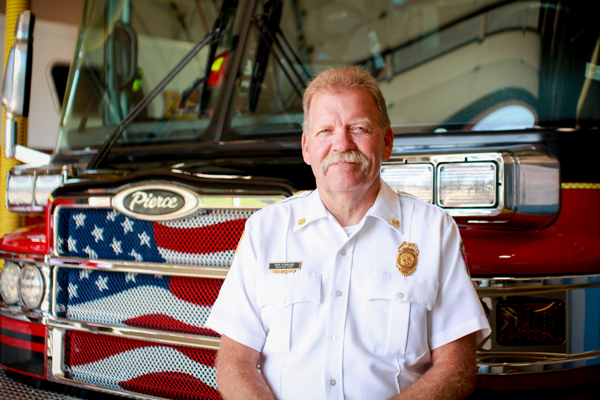 Assistant Chief Ken Vomund started with the O’Fallon Fire Protection District as a volunteer firefighter in November 1973. He was promoted to career firefighter in December 1989, to captain in April 1996, to battalion chief in December 1999 and to assistant chief in January 2001. He currently oversees the suppression division, training division, and manages the facilities and equipment for the district.

Assistant Chief Vomund’s current Missouri certifications include Firefighter I & II, Fire Officer I & II, Fire Service Instructor I & II, Fire Investigator, State Program Evaluator and Incident Safety Officer. He is part of the management team for the St. Charles County Training Coordinates and the St. Louis Metro Urban Search and Rescue Strike Team One. He is trained to the technician level in high angle, confined space, structural collapse, trench and swift water rescue. He is also an adjunct instructor for the Missouri Fire and Rescue Training Institute.